To power a Stirling Engine, the player simply places a fuel source in the Engine's GUI -- coal for example -- and start it with a Redstone signal. A Lever is the easiest and cheapest method, requiring no actual Redstone to function, if placed adjacent to the Engine.

The Stirling engine requires three cobblestone, two stone gears, one piston and one glass block to craft. It is more effective than a redstone engine in terms of energy, but it carries the risk of exploding and needs to be refilled.

Types of fuel accepted by the Stirling Engine:[]

You can use the following types of fuel to power the Stirling engine:

The most efficient fuel source to use for the engine would be charcoal as it has the same burning time as coal and is a renewable resource. By using forestry (not in latest version) and setting up automated tree farms, you can have a steady supply of charcoal to power these engines. 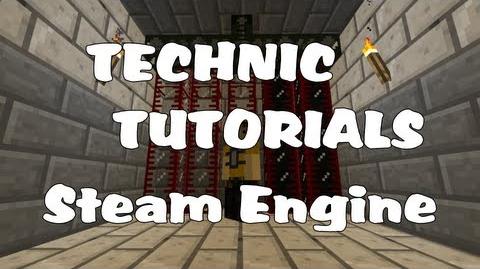