They attack at light levels below 7 and are passive in daylight. They will also attack if the player attacks them. They will not be triggered by no-item ranged attacks (a bow is an item ranged attack, because it fires an arrow as item. For example: the hammer from Balkon's Weapon Mod's right click will not trigger the bear to attack). It is also possible to toggle the attack on (vanilla) wolves (not the Mo'Creatures wolves), horses and items. When an item is damaged it will disappear.

As in every Mo' Creatures mod the spawn rate can be changed, ranging from 1 to 10. Their mod name is 'pbear'. Unlike bears, polar bears spawn in snowy biomes. They are also more likely spawn in snowy plains than in snowy forests. Like bears, they drop fur or raw fish. 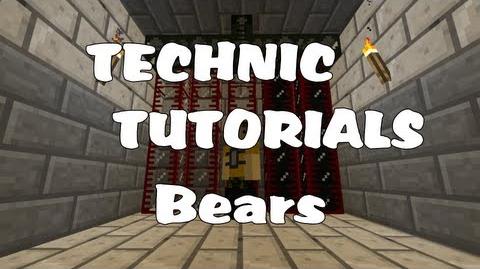