A Geothermal Generator works on the same basic principle as normal Generators do. Geothermal Generators use the heat of Lava to generate electricity (20 EU/t). With the release of IC², the generators accept both Lava Buckets and Lava Cells. The latter are stackable and thus require less maintenance, but cost Tin to produce and are lost in the process of generating power out of them in the geothermal generator. Lava cells have an EMC value of 128, which is low enough to easily set up a condenser for the cells. Lava can be pumped in by pipes/tubes to any side. Lava cells can be pumped in by pipes to any side but the top.

The Geothermal Generator can connect to Buildcraft's Waterproof Pipes, and will receive lava from any side of the generator. It will also accept lava directly from an adjacent Buildcraft Pump.

A lava cell will allow it to produce 20000 EU over the course of 200 ticks, which is 10 seconds when running at full speed. Because a geothermal generator is smart, it will not consume lava when there is nothing that will accept power connected by cables. 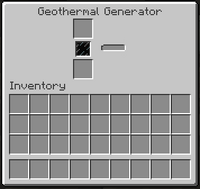 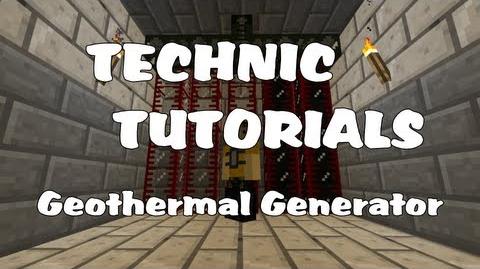