The Compressor is commonly used to craft Advanced Alloys, Carbon Plates, Industrial Diamonds, and Compressed Plantballs. It can also make snowballs into ice, it is used for the intermediate stages of crafting many items.

Compressors may be powered by a direct Cable connection, a Single-use Battery, or a RE Battery in the lower slot. They can also be powered by being directly one block next to a Generator with fuel.

Note: As of v1.337 a pump with a infinite water source under it and a compressor placed directly next to it will pump and compress water into snowballs without the need for cells.

The next step up from this is a Singularity Compressor that will operate much faster when operated continuously, whether by continual feeding or redstone signal.

Crafting the Compressor gives you the "Epic Squeeze" achievement. 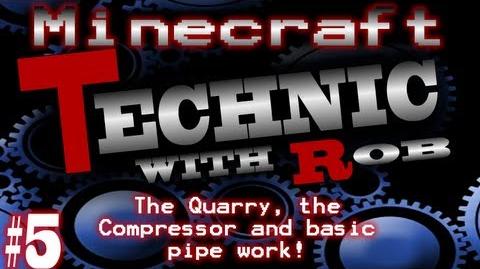